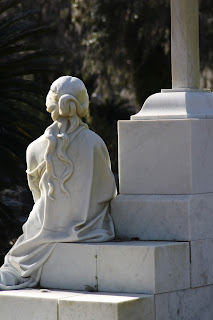 “On this bald hill the new year hones its edge.
Faceless and pale as china
the round sky goes on minding its business.
Your absence is inconspicuous, nobody can tell what I lack.” ~Sylvia Plath

If you have been alive long enough to have experienced the end of a serious relationship, the death of a friend or loved one, or have shared your life with animals for any length of time, you have known loss and you have tasted the bitter nectar of grief. It’s an intense, heavy emotion that, when it hits, often sideswipes us with its raw power.

It’s quite likely that your first experience of death was indeed the death of a beloved pet from your childhood—an event you probably recall with incredible clarity, even now, and, being human, you also remember the heart-rending pain you felt afterward (for some people, the pain is so giant that they refuse to own pets ever again). If you are like me, you still grieve at least one of your long-lost dogs—very possibly as acutely as if it just happened. The loss of a pet can be more traumatic than the grief we feel after the death of family or friends, partially because our culture makes intense grief surrounding pet loss just not socially acceptable, and partly because pets are some of our most intimate, most unconditional relationships. Those of us who share our lives with pets often experience grief multiple times over our lifetimes because pets live such transitory lives compared to ours.

Grief makes most people uncomfortable. They don’t like experiencing it, and they feel helpless when they encounter it in others. It’s incredibly awkward to be involved in some basic daily task in public and see someone who is actively grieving: we don’t know whether to ignore, try to help, or overtly avoid them. As someone who has broken down in public several times, tears streaming down my face as I sobbed uncontrollably and collapsed in the coffee aisle, suppressing the urge to wail, I have seen the looks of those nearby as I considered that I probably should “get myself together” and “not make a scene.” That’s some powerful cultural conditioning and I actively began to fight against it when my mother died suddenly in 2019.

I grew up believing that grief was a private thing, a linear thing, something to be “gotten over,” something intimate (not discussed outside the circle or after the funeral), something slightly shameful, even. This is what author Miriam Greenspan calls “emotion phobia”: a culture-wide fear of the raw power of emotion and its expression. It was drilled into most of us in childhood, sadly, though shaming, ignoring, or the threat of punishment. “Even if we were not humiliated, punished, neglected, or whipped into shape for having ordinary human feelings, by the time we are adults, we are expected to restrict their free flow…we have been taught that emotions are not appropriate except in the context of intimate relationship,” Greenspan writes in her book Healing Through the Dark Emotions.

Everyone feels awkward that you aren’t yourself anymore, so they try to buck you up with platitudes. But you don’t want to be bucked up! Your heart is broken and you just want it reassembled—but there is no way out of this black maw except through it. You cannot drown your grief, or eat/sex/drug it away, or pretend it doesn’t exist, because it is a living part of you. Stop worrying about what others, especially strangers, think--or if they feel uncomfortable. Feel your grief; reach down inside you and grip it and hold it still for as long as it takes; it writhes and bleats and it burns, even, but you must own it—completely.

And here’s a recommendation that will free you: stop saying “I’m sorry” when grief washes over you randomly and you break down! Never apologize for having feelings, especially these powerful ones that make us so human and that we have all felt at some time or another. Death and non-death loss are part of life, like it or not, and embracing your pain is the only way to find your way out of it.

“Give sorrow words; the grief that does not speak knits up the o’erwrought heart and bids it break.” ~Shakespeare

Grief is not linear; it is not “five stages” that everyone needs to follow in a certain order, and it is not shameful; it is sloppy and jagged and you will not feel large enough to contain it sometimes.

Sorrow and regret and anger run in a malevolent pack, barreling towards you, threatening to mow you over and leave you a pile of dust that could blow away on the slightest breeze. Let them! You will likely disintegrate, but only temporarily.

Author Glennon Doyle writes, “Grief shatters. If you let yourself shatter and then you put yourself back together, piece by piece, you wake up one day and realize that you have been completely reassembled. You are whole again, and strong, but you are suddenly a new shape, a new size…” 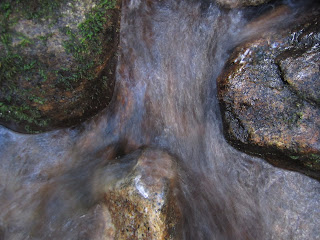 It’s been said that we do not “move on” from loss. We only move forward. The pain will indeed ease over time, but it never truly departs. Sometimes it takes up residence on the periphery of your consciousness, and other times, it comes in and sits down at the table and demands to be noticed. This is all a normal part of the healing process, which is messy and can feel unsettling.

But it does get better. Don’t be embarrassed or afraid to seek help: support groups, talking with understanding friends, practicing keening, being in nature, caring for pets and children, volunteering, exercising, eating healthfully, meditation and gratitude practices are all ways that others have healed.

You will heal, too.

grief is a house where no one can protect you
where the younger sister
will grow older than the older one
where the doors
no longer let you in
or out.”