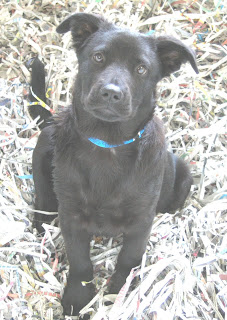 "Better to light a candle for one lost dog than to curse the darkness of man's indifference. Saving just one dog won't change the world, but it surely will change the world for that one dog." - Richard C. Call

Given the vast numbers of homeless dogs in this country, one understands why there are countless groups who are trying to help them. There are thousands of shelters or rescue groups in this country (no one knows how many for sure, as there is no agency that unites them all--despite the Humane Society of the United States' ploy to make their donors think there is). Some operate shelters, others do not. Some set up shop at local pet stores and other venues in an attempt to place dogs. Most utilize foster homes and large networks of volunteers to do, ostensibly, what’s best for dogs.

But sometimes, people look past the forest and see only the trees. Not all rescues or adoptive agencies are the same. Some are great places to get a “recycled” dog, and others should never be handling animals at all. This latter group includes shelters or rescues who do not put an emphasis on temperament, and therefore adopt out (or keep caged for life) known aggressive animals in an attempt to “save them all”; who do little or no screening of adopters, or are too strict and unyielding in their screening of adopters; who do not understand how to run nonprofit organizations, and therefore waste money and time; and who are “all about the dogs” while treating most people with suspicion or utter contempt.

A friend of mine was once refused adoption of a dog that would have been perfect for her because--I am not making this up--she “might decide to get pregnant one day and have kids,” and the dog was distrustful of children. My friend is not even in a relationship, and has no intentions of having kids—now, or ever. But the “rescue group” was adamant. Apparently, the fact that she has ovaries and a uterus was enough reason to deny her (silly women...always changing their minds, and stuff).

This is utterly ridiculous, and my friend is not alone. I have heard stories like hers numerous times. “Perfect homes” simply do not exist. When you are dealing in a commodity (dogs) that is utterly expendable in many people’s eyes, and you have a surplus of these animals who are dying everyday for lack of homes, you can be choosy to an extent, but being overly picky and unrealistic costs animals their lives.

Spending precious resources on dogs who will not be acceptable pets in most homes is also killing nice, adoptable dogs. Adopters are not usually professional dog trainers. They do not want a “project.” They want a pet! They want a dog they can touch, and train, and have around their kids and their kids’ friends, and make part of their family. In an attempt to “do right by the dogs,” many adoptive groups simply do not get this. Every time an aggressive dog is adopted out, all dogs in rescue and in shelters suffer the consequences. The adopter has a bad experience, and that bad experience leaches into the community like toxic waste into the water table. It is unethical to pass marginal or known aggressive dogs into the community by way of adoption. This is really also true for terrified or extremely shut-down dogs who will never be comfortable in their own skin, for they can become aggressive quite easily. Even if they never bite a single soul, seriously flawed dogs will try the patience of even the most stouthearted of kindhearted adopters. Most people, after 10-15 years spent with a seriously flawed animal that is supposed to be a pet but is instead a frightened, antisocial, unable-to-be-boarded-or-medicated dog will not make the mistake of adopting a "used" pet ever again.

Frankly, you can't blame them. But countless holier-than-thou types in the animal welfare business do just that every day. It's called "blaming the victim." 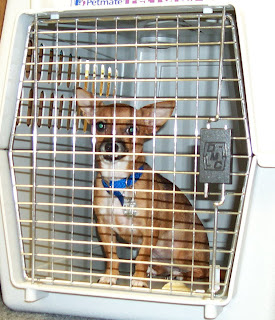 It’s time for “rescue” groups and other animal adoption agencies to wake up and smell the coffee. This “business” is as much about your potential adopters (the humans) as it is about the dogs. If you are not a “people person,” you don’t belong in animal rescue. If you are too emotional to understand that some dogs will not ever be good pets, you do not belong in animal rescue. If you think that your actions do not affect other dogs in rescue, you are wrong.

It has been said that only about 10% of animals in homes are from shelters or rescue. If rescue groups want to increase this number, they must be friendly, open, ethical, realistic, and a source for only the best-tempered dogs they can find.