I remember being about 9 years old and accompanying my mom to the local Ben Franklin "Five and Dime" store. I believe the company is gone now (though a few stores may still exist in small towns by that name), but younger and more urbanly hip readers are familiar with the concept of the "dollar" store, now seen almost everywhere.

It's not the same. Maybe I have a selective memory, but today's "dollar" stores seem riddled with cheap depressing crap no one really wants (including the manufacturer), while variety stores from my youth had cheap crap a lot of people actually wanted, and used. 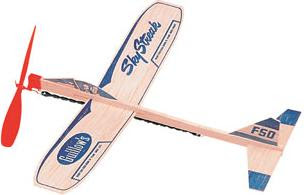 The Ben Franklin at our local strip mall was one of my very favorite places to go. I remember buying those balsa wood airplanes every summer, and I still have a fondness for their incredibly simple, rubber-band propellor technology today. And the store itself wasn't large, but it was dark and cool, and Mom would let me wander to decide what trinket I needed to have that very minute. Meanwhile, she bought sewing notions, a hook-and-eye loop for the screen door, a turkey lifter, and a plunger. Was there something the store didn't have? It seemed to my child's imagination that Ben Franklin had tons of stuff.

But not as much stuff as one can find at most every store today. And therein lies the problem. We simply have too many choices. And having too many choices can leave us overwhelmed and anxious.

I wish I could explain this as well as Cath Duncan does in this blog post. But I can't. So go read it, and come back. Because it relates to choosing a pet.

How having too many choices relates to pet acquisition

To paraphrase Cath's post, we use our left-brain to weigh the pros and cons of daily choices, and this works well for us, unless there are too many choices. Then, we start second-guessing our choices, which actually, according to Dan Gilbert, reduces our happiness. It seems weird, but from a personal standpoint, I can totally relate.

And it can affect all parts of our lives, even down to the pet we choose in an animal shelter. Oddly, I had always thought this was because of our pesky emotions, which definitely play a part in our decisions when it comes to animals. But Cath points out that using our emotions can help when there are too many choices. I don't have hard scientific evidence to prove my hypothesis, but when the shelter at which I work is at full capacity for adult dogs, adoptions plateau, then start falling off. Price or perceived value becomes moot (because many shelters lower prices when this happens, in an attempt to "move the merchandise"), and many "lookers" actually leave having truly only looked.

If you asked people as they were leaving why they didn't adopt a pet today, "you had too many to choose from" would not be their answer. I suspect it's unconscious, actually. They felt overwhelmed, but they don't really know why.

When a number of cages are left empty, adoptions increase. There are other factors that play into it, too: weather, the economy, time of year, how many black dogs are in the shelter, and the animals' behavior, to name a few. How clean the place is also affects adoptions, and the more dogs that reside there, the harder it is for staff to keep the shelter clean.

Overall, it does seem to hold true that too many choices of potential pets will stymie the "average" adopter. It's bad enough when you are looking at cans of tomato sauce, or brands of toilet paper, but when you throw homeless pets into the choice pools, people's already frazzled emotions take a huge hit.

(I will explore this emotional link regarding shelters in a future post. I've got lots of theories about it.)

It is often said that life was easier "back in the day" (an idea that minorities would vehemently disagree with), in part because there weren't more than a couple of choices we faced every day. I can see how this might have been true. From brands of products to how to live our lives, not having to analyze everything must have been a relief. 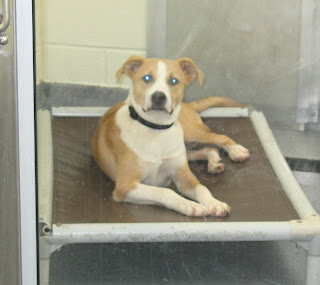 Technology has improved our lives immensely, but at what price? If adoptions decrease when one has too many dogs to pick from, then dogs stay in the shelter longer, which increases the chances that stress will degrade their behavior and health--even in the best-run facilities.

That doesn't mean adopters should make uninformed choices, but the opposite of that is not making a choice at all. And Neil Peart very brillantly had something to say about that.
Written by Mailey E. McLaughlin, M.Ed. at 11:00 PM